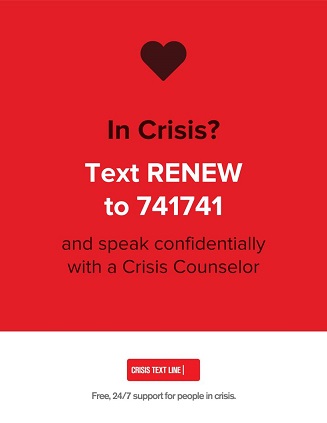 Crisis Text Line is the free, nationwide, 24/7 text line for people in crisis. The service is powered by volunteer Crisis Counselors who work remotely anywhere with a computer and secure internet connection. Text 741741 from anywhere in the US to text with a trained Crisis Counselor.

I'm Alive
I'm Alive is the world’s first virtual crisis center, that was launched in April 2011, and now welcomes volunteers from all over the world.

Suicide is preventable—and everyone has a role to play. No matter what that role is, we have training programs to help them prepare.

The world's leading suicide intervention training company. We believe that suicide is preventable and everyone can learn to play a life-saving role. With an array of integrated training programs to meet every need, we've been providing communities and organizations with suicide prevention solutions for over 35 years.​

​The goal of this project is to develop a statewide suicide prevention plan to reduce suicide, suicide attempts, and suicidal self-harm, including thoughts of suicide, and associated harm to families, loved ones, and communities, and to improve outcomes for survivors of suicide attempts and their families. The plan should include prevention, early intervention, and response strategies. 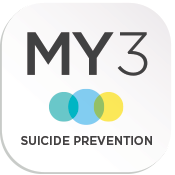 The 2012 National Strategy for Suicide Prevention: Goals and Objectives for Actions​ (184 pp. full report) is designed to be a catalyst for social change with the power to transform attitudes, policies, and services. Representing the combined work of advocates, clinicians, researchers and survivors, the National Strategy lays out a framework for action and guides development of an array of services and programs yet to be set in motion. It strives to promote and provide direction to efforts to modify the social infrastructure in ways that will affect the most basic attitudes about suicide and its prevention, and that will also change judicial, educational, and health care systems.

SAVE (Suicide Awareness Voices of Education)
SAVE was one of the nation’s first organizations dedicated to the prevention of suicide. Their work is based on the foundation and belief that suicide is preventable and everyone has a role to play in preventing suicide. SAVE works at the international, national, state and local levels to prevent suicide using a public health model in suicide prevention; concentrating its efforts on education and awareness.

Oregon's Youth Suicide Prevention Plan: A Call to Action The State of Oregon has completed its own targeted Suicide Prevention Plan aimed at reducing the number of youths who die by suicide. This plan identifies15 strategies that emphasize three key prevention approaches: community education, integration of systems serving high risk youth, and access to full range of health care that includes mental health and alcohol and drug treatment services.

Facebook Has Become Actively Engaged in Suicide Intervention and Prevention! Please help in spreading this knowledge as much as you can. Everyone has a role to play in suicide prevention- it's a community effort!

In partnership with the National Action Alliance for Suicide Prevention, Facebook is announcing a new service that harnesses the power of social networking and crisis support to help prevent suicides across the Nation and Canada. The new service enables Facebook users to report a suicidal comment they see posted by a friend to Facebook using either the Report Suicidal Content link or the report links found throughout the site. The person who posted the suicidal comment will then immediately receive an email from Facebook encouraging them to call the National Suicide Prevention Lifeline at 1-800-273-TALK (8255) or to click on a link to begin a confidential chat session with a crisis worker.

Medical and mental health providers can share this information with their patients/ clients. Non-professionals can inform their social network about the availability of this resource, and that the most effective intervention is recognizing the cries for help, and connecting an individual to the appropriate resource- just like we rush our loved ones to the emergency room for a broken limb.

ZeroSuicide in health and behavioral health care
ZeroSuicide is a project of Education Development Center's Suicide Prevention Resource Center (SPRC), and supported by the Substance Abuse and Mental Health Services Administration (SAMHSA). The foundational belief of Zero Suicide is that suicide deaths for individuals under care within health and behavioral health systems are preventable. It presents both a bold goal and an aspirational challenge.

The Zero Suicide Initiative is a commitment to suicide prevention in health and behavioral health care systems.

Zero Suicide is a key concept of the 2012 National Strategy for Suicide Prevention, a priority of the National Action Alliance for Suicide Prevention (Action Alliance), a project of Education Development Center's Suicide Prevention Resource Center (SPRC), and supported by the Substance Abuse and Mental Health Services Administration (SAMHSA). The foundational belief of Zero Suicide is that suicide deaths for individuals under care within health and behavioral health systems are preventable. It presents both a bold goal and an aspirational challenge.